Legacy
Your IGN
Birddog6​
Your SteamID
STEAM_0:0:2666198​
Server
TTT Modded​
Why you should be unbanned
I did not violate any specific rules. I may have hurt some feelings, but I did not specifically break any rules. Here are the following rules, according to the TTT Extended Rules:


2. SPAM, HARASSMENT, and FALSE REPORTING
1. Spam is irrelevant or inappropriate messages sent (by any means) repeatedly.
2. Our NA servers are English only. The use of other languages may result in spam punishment(s).
3. Simply "feeling offended" does not guarantee punishment when it comes to harassment.

I was told to change my spray, which I did. I then changed it to a meme spray from Memerit TV (a popular joke among Muslims). It contained no slurs nor did I specifically target an individual. The spray is no more offensive than any of the other in-game voice chat, content, or jokes frequently made by the community on a daily basis, including jokes and bits that people were doing while Voca and other admins were on, who did not face punishment.

EXAMPLES OF HARASSMENT:
- Aggressive pressure or intimidation.
- Targeted racial or group based slurs. <----- I did not use any slurs whatsoever.
- Targeting players by any means. <---- I did not target any player, nor did any players make it known to myself or admins (in my knowledge) that they felt offended.
- Prop blocking or blocking in general (if it is intentional).
- Intentionally sending false reports (repeatedly).

I did not intentionally target any specific players, nor did any players come forth and say to me that they were offended. The only people that seemed offended were the moderation staff.

By these rules, and under the interpretation of them, someone (in this case Voca) felt offended, and gave me a four week ban, which I feel is unfair. I did not specifically harass or target any players, or use any sort of derogatory slur and according to these rules I should not be banned.​

VIP
Legacy
I have seen this

VIP
Legacy
Alrighty, so I banned you for Transphobic and Homophobic behavior.

First act was when someone brought up the topic of trans people and someone said they have a trans gf and I had to step in as someone was purposefully misgendering people over the conversation.

Shortly after I walked upon your first spray, and could clearly tell the content of said spray was transphobic - even if you didnt intent to target a specific person, it was still general transphobic behavior. At the same time I was messaged by someone whom your spray offended, so either way, removed your spray and warned ya. 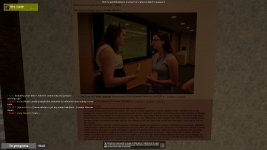 You proceeded to argue why you should be allowed to be transphobic because your religion tells you to, as well as saying the rules should be changed to reflect on your religion....

Like I said to you ingame, its okay to have your own religious business, but its preffered if you use some common human decency and respect the rules and people as they are.

I tabbed out for a short moment, and I come back to your next spray, now except its homophobic instead, now you say this was a meme spray from some Memerit TV, I have no idea and neither should you expect everyone to know.
Meme was even about how islamic scholars cant agree wether to burn or throw people off buildings, that are homosexual - Which is just distasteful and yet again generally targets an audience of the server.
Cloudia removed that spray, but you sprayed it again after her removal of the spray. 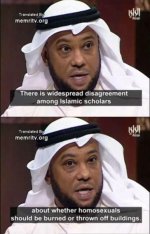 --------
Now to your highlighted Rules:
3. Simply "feeling offended" does not guarantee punishment when it comes to harassment.
- This rule is more directed at the playerbase, to let them know that they shouldnt expect minor harassment to be warned for stuff like - telling someone to fuck off or calling them bad at the game once or twice.
Transphobic and Homophobic behavior is much more problematic.

- Targeted racial or group based slurs.
- Targeting players by any means.
Examples is Examples - its not what it limits down to - But you didnt use any slurs no, you did target 2 different groups of the playerbase through using your spray as harassment towards these groups.

Now, I would unban you, but it goes against my religion
Denied
Last edited: Dec 7, 2021