VIP
Legacy
Spreading disinformation
i had a dream last night. as usual i was playing ttt and i was forseeing the future as i normally (if any of you wanted to know this is why im so good). i was killing innocent men with barrels and could feel sand between my toes. when i looked around me it was familiar but at the same time brand new. after bashing the skull of another innocent with a barrel, a smoke cloud blew up in my face and i began to cough. i began bleeding out of my mouth and fell to my knees. i was rdmed by sand right there and woke up.

I woke up and immediately spit a mouthful of sand out. sand? wait? its not sand. its dust. I began thinking that could not have been dust 2 because i lknow dust two i lived there. i can run my fingers along the wall and tell you my childhood memories. so what could this be? dust 1? no of course not. that too holds a fond place in my heart. memories of being a child playing CSS and being sent gore and naked pictures of women at the age of 8. but nevertheless i had the time of my life. so why then? what was this dream because my dreams do not lie?

the only solution is that it is dust 3. but what? that makes no sense there is no dust 3. as we know it there are 1 and, counthemm, 2. BUIT WAIT? does that ring any bells ding din gi ding,... GABE NEWELL the creator of VALVE OFTEN LIKES THE NUMBER 1 AND 2 BUT NOT 3. WHERE IS DUST FROM??? COUNTER STRIKE! A VALVE GAME. as some of you may not understand ill help. valve does not make things with 3. they believe the number is cursed but they are foolish. this is why I believe they are hiding dust 3 from us. but its not jsut valve who has it.. no its AHG THEMSELVES.

ASk yourself, where does AHG coem from? many of us thought this was a new server with no previous connection to any before as we all joined and wanted to have a fun time together as brand new friends. AHG might mean after hours gaming to some, but in reality it means ALL tHREES GONE. this was hidden due to semantics, but i recently discorverd the creators of this server have knowledge in old english and i was able to decipher their code. now why is this relevant at all? what does ALL tHREES GONE really mean?

This may be hard to beleive for some, but previous to AHG came another server from which many of its controllers held power. they called this serious ttt gaming. in a total overthrow of the governemnt, one of the moderators rose above them all and killed the owner with his bare hands. he took it upon himself to destroy the server and erase the memories of it of all the people and create this new one. this mans name is pierogi. pierogi knew if he was able to create AHG it would be number two in the sequence and he could end it there permanently. i believe and have EVIDENCE that pierogi and the monsters at AHG are hiding everything with threes!!!! Why though?? WHY WOULD THEY DO THIS?? THREE ALSO COULD BE SAID AS FREE. WE ARE KEPT IN A REPEATING CYCLE OF TTT WITH OUT MEMORIES BEING WIPED AND NO CHANCE OF FREEDOM. IF WE WANT FREEDOM WE NEED TO TAKE THEM BACK. TATAKAE

IT HAS NEVER BEEN SEEN BEFORE WITH EYES, AND THIS MAY ALL BE A FABLE, BUT I BELIEVE AND WOULD GO AS FAR TO DIE FOR MY CAUSE: TO FREE THE PEOPLE OF AHG BY REELASIGN DUST 3 TO THE PUBLIC!!

we know it is hidden in their vault. what goes on in those staff chats??? why are people banned for talking about them??? havent we ever questioned this?? WE CAN NO LONGER BE COMPLACENT!!!

-gerafe, a threedom fighter
Upvote 9 Downvote
Voting on this suggestion has been paused.

Director
Developer
Prestigious
VIP
Legacy
I don't know what this suggestion is implying but we do not have dust3 and thus will not be adding it to rotation. I will leave this open for now if you happen to have the .bsp file for this so-called "dust3".

Legacy
if dust3 is so good why isn’t a dust 4 yet, get on it jannies

Supporter
what the fuck did i just read
​ 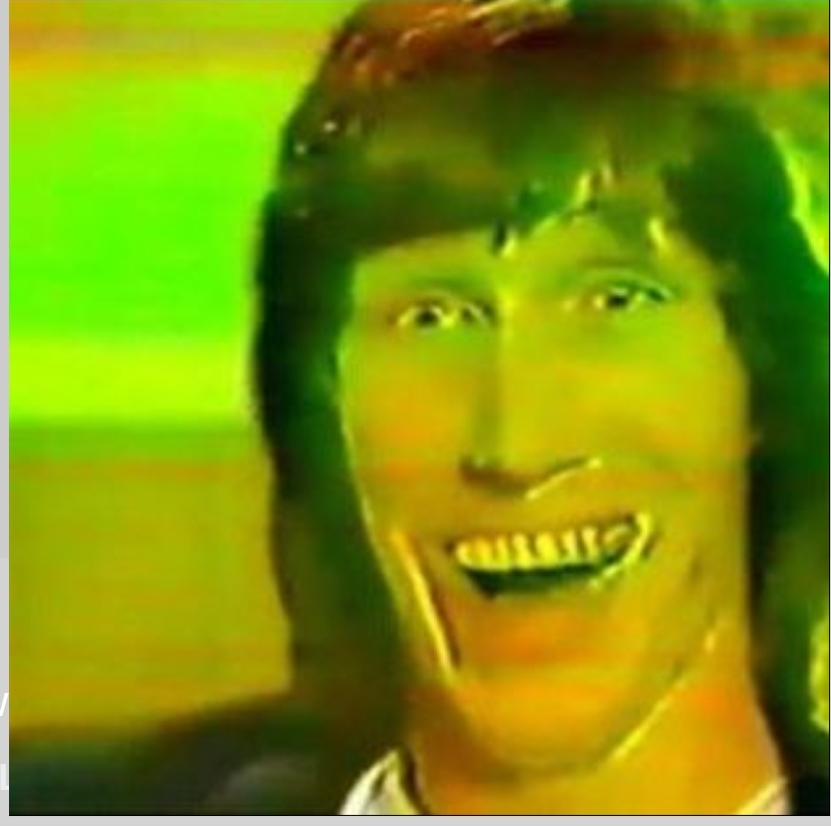 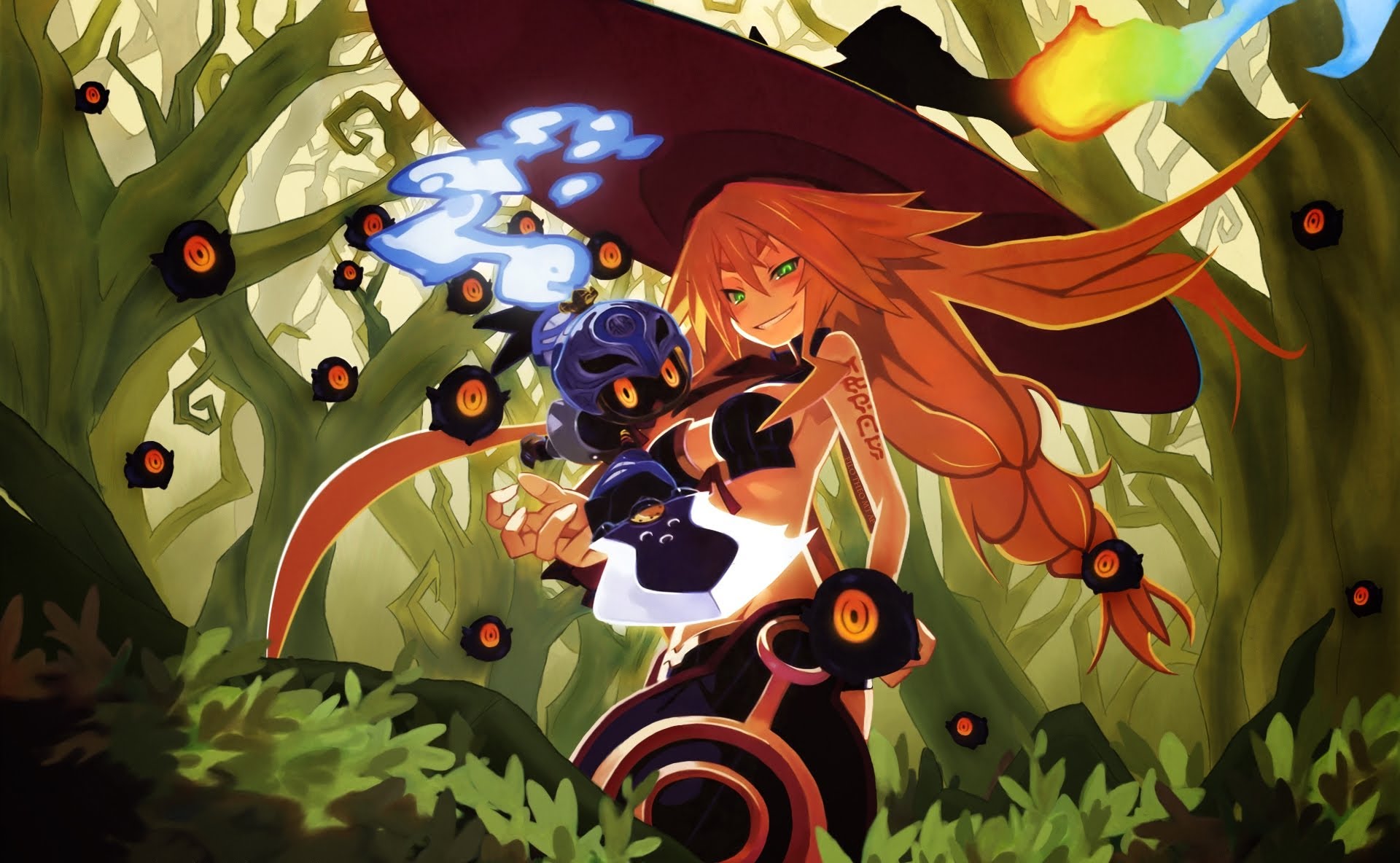 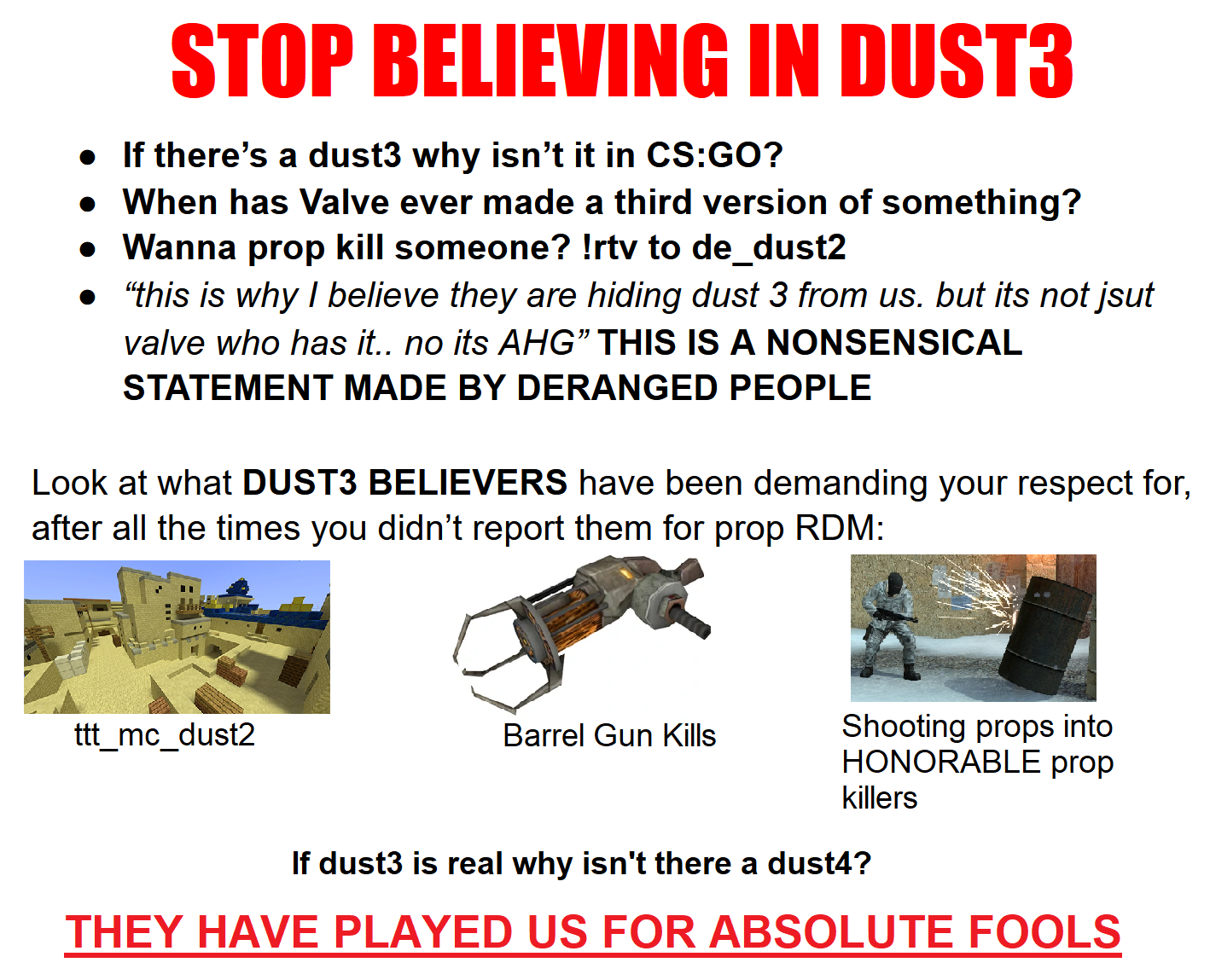 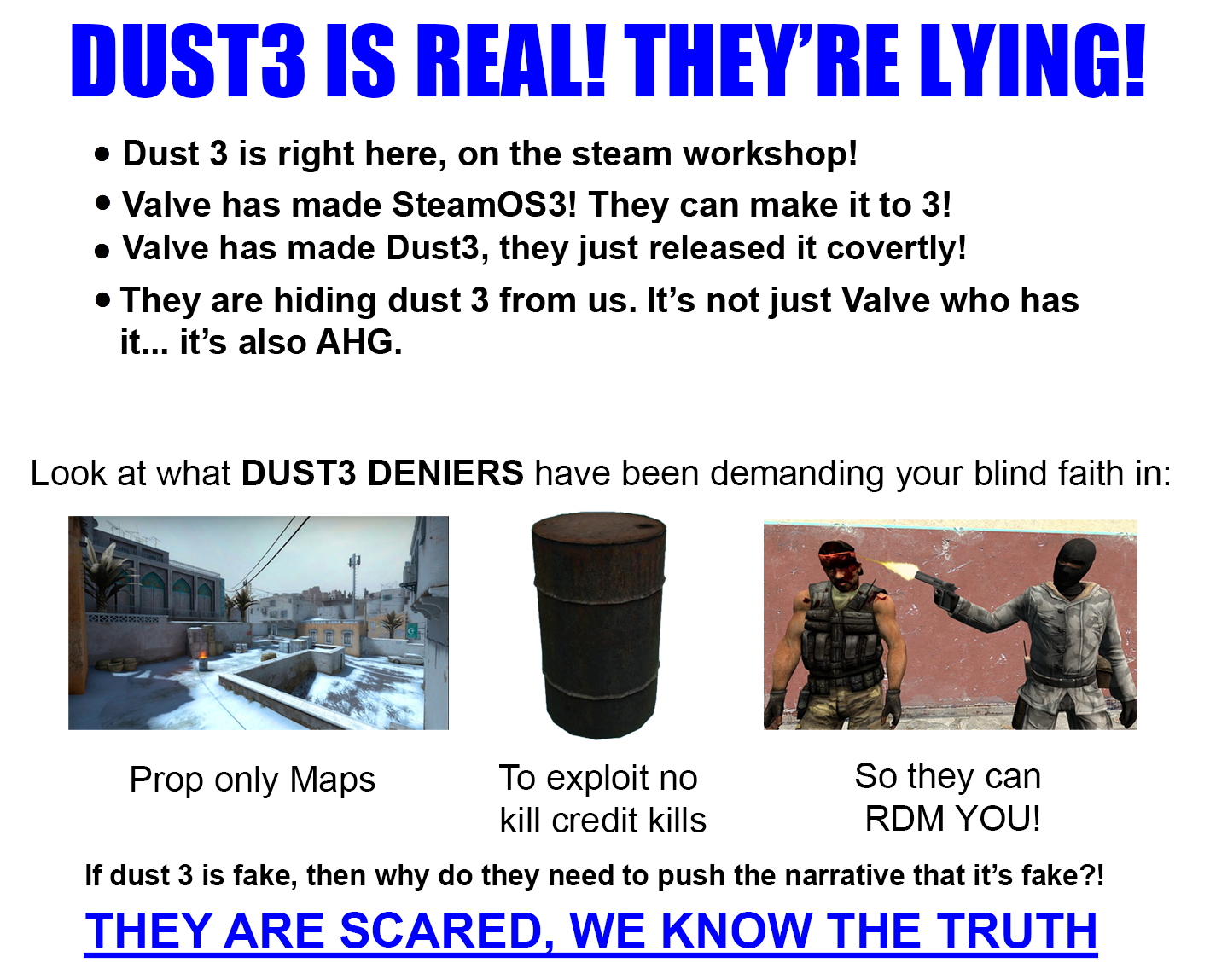