Your IGN
Fillmore​
Your SteamID
https://steamid.io/lookup/STEAM_0:1:593217734​
Server
TTT Modded​
Why you should be unbanned
Pierogi kicked me for calling someone a "nagger" in the sense that they were annoying, as the whole server erupted into laughter, a cold and calculated man stood in front of the pathway to fun. His name was Pierogi, this man kicked me, after learning my lesson I did in fact comment on it in a satirical way, proving Pierogi wrong BUT NOT saying the word "nagger", I was banned shortly after a revolution was incited, Pierogi banned me for loopholing slurs, yet by this time between my kick and ban, I had not loopholes any slurs. This was a false ban and I deserve justice. Good people I know I just came off a five day reduced to two day ban, but I have changed, it was society who had turned its back on me. I come to you not for forgiveness but for JUSTICE AND FREEEEEEEEEEDDDDDDDDOOOOOOOOOOOOOOOOMMMMMMMMMMMMMMMMMMMMMMMMMMMMMMMMMMM​

Director
Developer
Prestigious
VIP
Legacy
Hi Fillmore,
I apologize this took so long to get to - I have a lot of very sensitive information on my screen during sessions and I wanted to make sure I wasn't going to be resigning today.

I banned you because you were being funnier than I am. Here's the evidence: 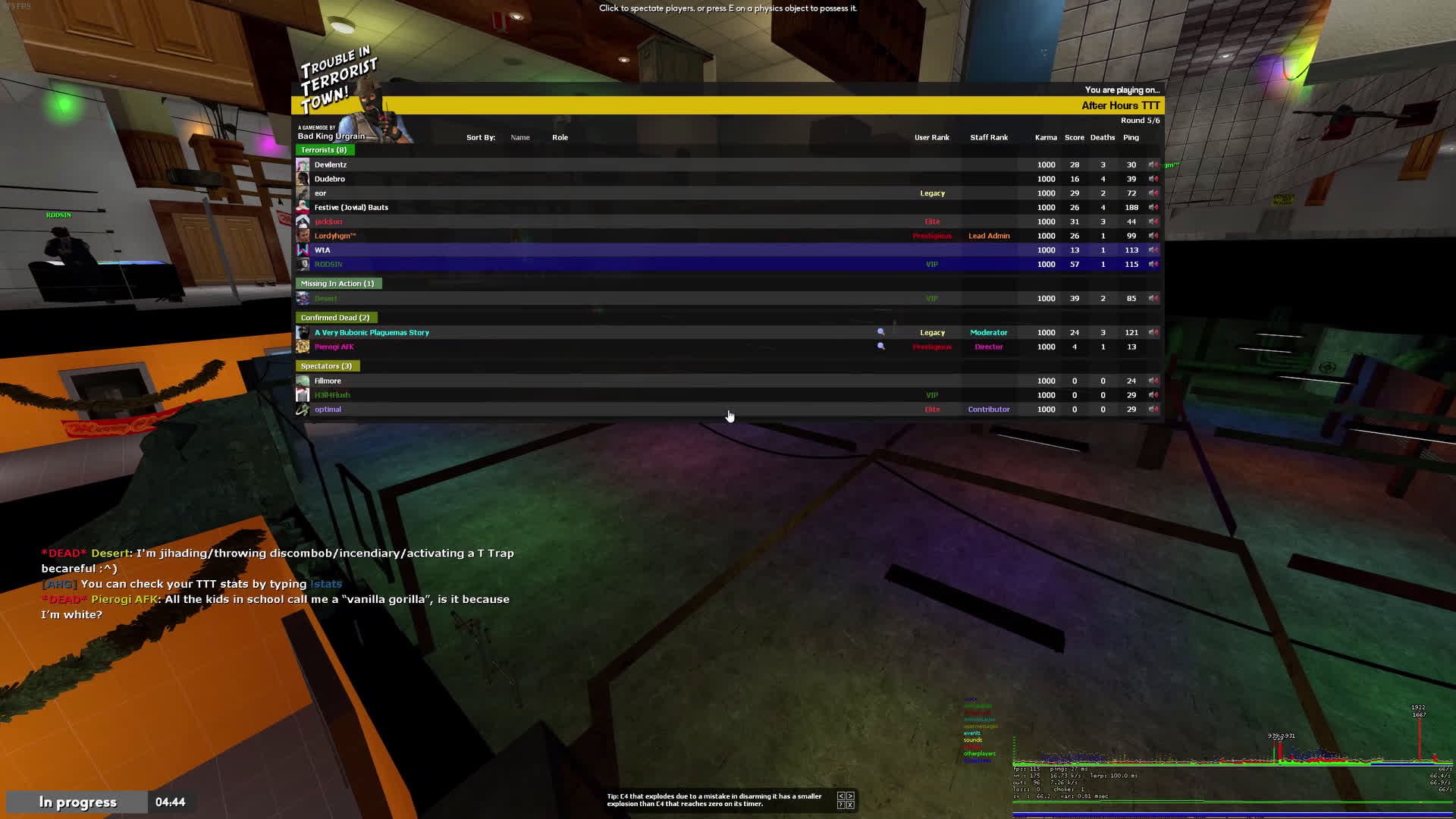 As you can see, your actions prompted every single player in the server to erupt in a raucous explosion of laughter and applause. This was harmful to the server population and to my pride. Despite me issuing a written warning after throwing a rag on your head and waterboarding you, you continued with your standup routine. This was wholly unacceptable and as such I was forced to have our bouncer escort you outside.

While I was distracted with installing last month's release of log4j, you snuck back into the server and landed another punchline. Despite this being a grave threat to my authority, I very graciously let it slide because I didn't have 100% definitive proof that it was you. However, after you repeated the word a fifth time, I decided that your presence was a national security threat and deactivated you accordingly.

Appeal: Denied, and I regret being lenient and not going for the standard 5 day ban.