Descrpition​
While gathering my evidence for my report against WildKard, I discovered enough evidence to file a report against fatphobic for Mass RDM.​
​
As the evidence below will show, during the span of 2 possibly non-consecutive rounds this morning on the map Rooftops 2016, fatphobic committed at least 4 RDMs.​
​
During one round fatphobic killed 2 people with an explosion then went on to RDM the T I_Am_The_Bot321. (Bot hadn't done anything that round as evidenced by the logs - pic 1 below)​
​
During another round that was chronologically after the round in pic 1, fatphobic RDM'd Bot again, this time killing him with an explosion at :08 of the round. (pic 2)​
​
Evidence​ 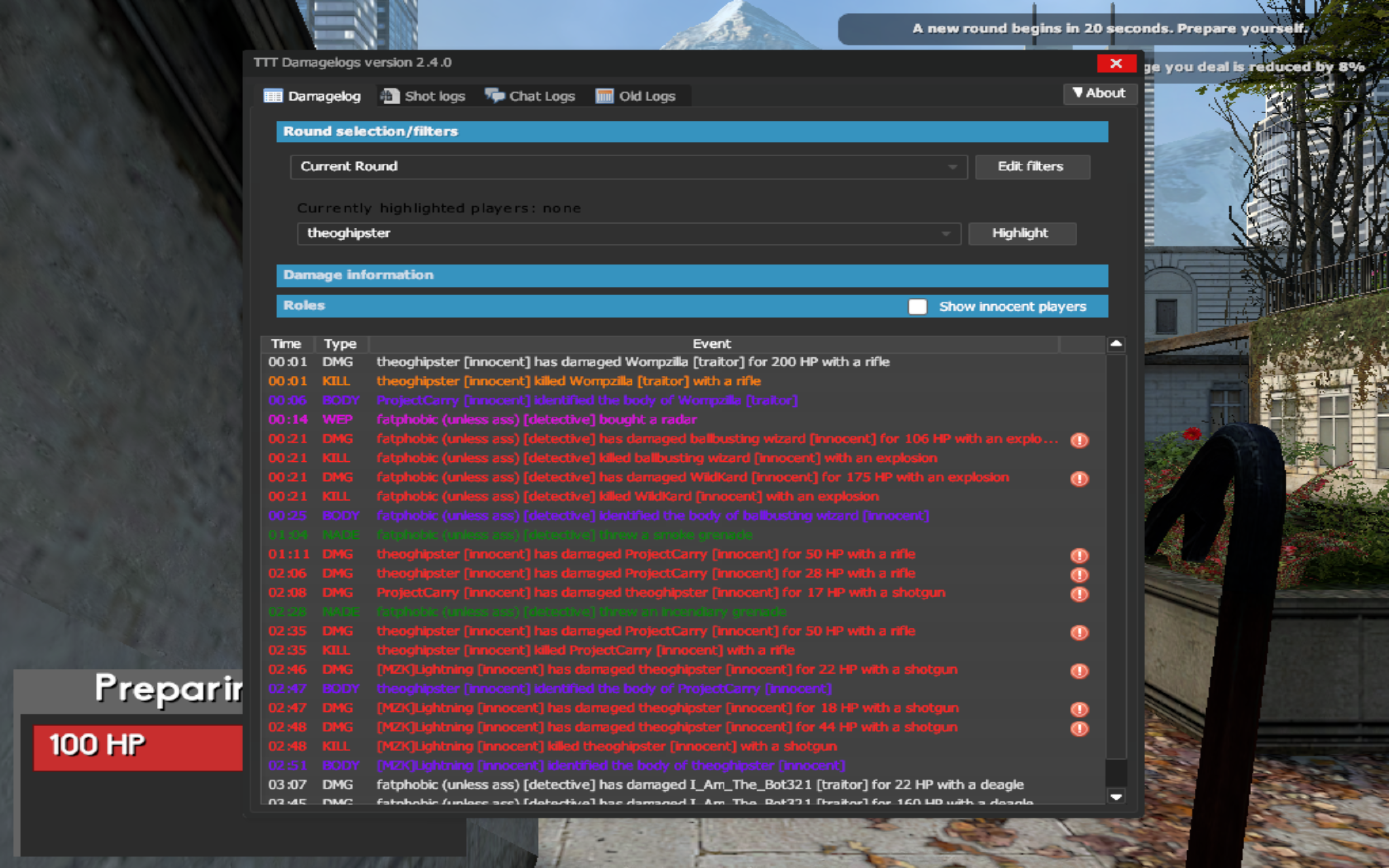 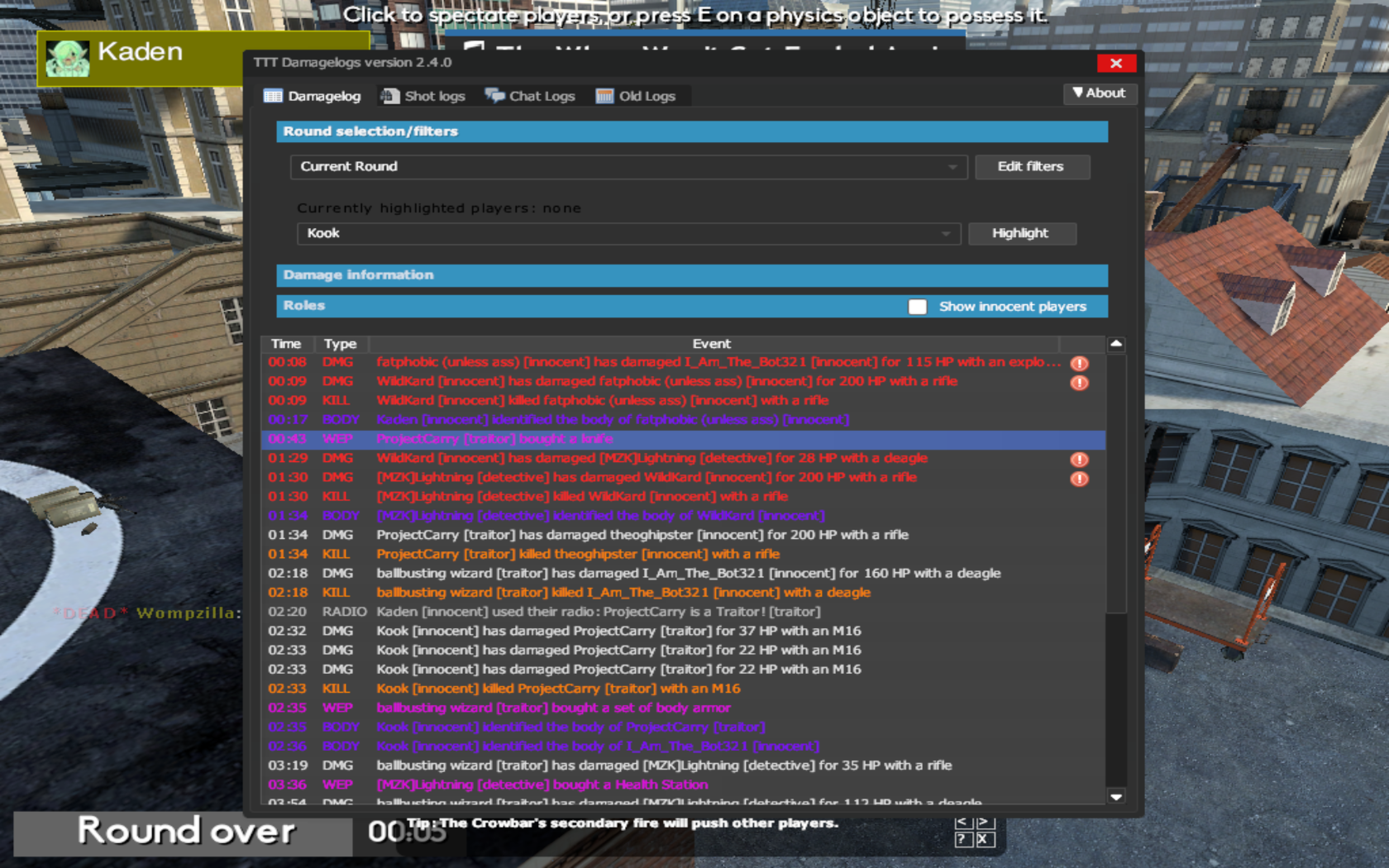 Thanks to FrogDoggo for VIP
Thanks to danstorm for Legacy

VIP
There is only enough evidence here for 3 RDMs. The damage done 3 minutes into the round to Bot in pic 1 could've been as a result of T-baiting or similar.

3 slays have been applied to the user's steamID.