TTT Modded​
Why you should be unbanned

"I'll be seeing you on the forums."

VIP
Legacy
Yes, yes they are - Please do not post on report & appeals that do not involve you.
Ayo, are warning points still even a thing for replying on report threads lol?

I think Sean should stay banned until we can truly determine and definitively define what is and what is not "disturbing" and "content."
Last edited: Sep 2, 2021
Ayo, this is my signature and it is better than yours.
#TMODLIVESMATTER
#ModsWhoDontWearFedoras
Got Gamer Gunk?

VIP
Supporter
Legacy
Posting Irrelevant Information in Appeals/Reports
I have a lot of experience with this repeat troll, if a material witness is needed let me know

Tagging @Titan to remind him to conclude this appeal.

VIP
Legacy
So -- you joined the server during hotline miami, and immediately began making crude, juvenile "jokes", with jokes being a bit of a stretch- these jokes were more you and a few others repeating the same infantile sentences in voice and text. At first, I let this behavior slide, since while the behavior might have been crude, it wasn't hurting anyone. However, the pattern continued all throughout hotline miami and summer mansion, to a point where multiple people were complaining about the incessant joking. So I took into consideration 1) the repetitive nature of the jokes, and 2) the frankly disgusting nature of the jokes, and handed out a warning to everyone in text chat:

After I issued the warning, the jokes ceased for the most part. However, the trollish behavior soldiered on into the next map, metropolis. Many different things happened on this map, but for the context of the ban, there is only one relevant video:


You were warned, you knew of the warning, yet you decided to test the waters with your toilet humor again, and you got bit. I'm not going to accept this appeal. Next time, listen to the warnings that you're given, and maybe don't contribute to a toxic environment in the servers. That's a great way to get burned. 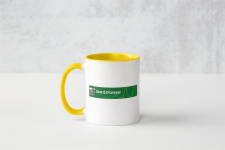