VIP
Your IGN
SeanIsForever​
Your SteamID
STEAM_0:0:52790590​
Server
TTT Modded​
Why you should be unbanned
As still a new member to this community, I first and foremost want to say I would never RDM in a malicious manner. I didn't know that planting a C4 in the lobby of clue for 10 minutes would ever go off, let alone an innocent would ever try and disarm it. I had no intentions of killing anyone, let alone that many people. I've been playing a lot recently and really enjoy my time here in the afterhours community! Hopefully this can be put behind us and our good times and good vibes can continue once more in the near future!​
Who controls the past controls the future. Who controls the present controls the past.-George Orwell

VIP
Legacy
You banned by @Virunas for mass rdm 1st
Please wait patiently for their response.

Thank you @Siddo for VIP and 50$ worth of games!
Thank you @roy for VIP
You can't unsuck once you've sucked a man Kyuu

I banned you for Mass RDM x4 on Clue. You planted a C4 as an innocent (which should really never be done). 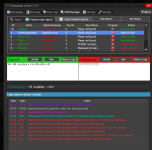 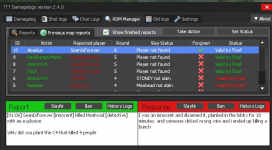 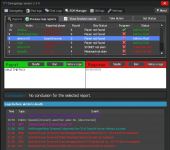 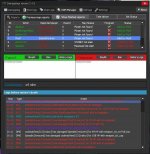 VIP
I think I deserve to be unbanned because I honestly did not intend to kill anyone when I planted the C4. (as dumb move as that was) I don't think that it was a smart move, admittedly, but I never meant any foul intentions. As for my punishment, I think the original was a little rough, as I didn't MEAN to kill anyone, but I think I still deserve one, yes. I'm thinking a 10 round slay or maybe even 20 but I think I should still be able to play and be on the server. And I can assure you that I will not do this again because I know better now. I won't plant C4 as an inno anymore, instead I will just destroy said C4. It is never a good idea to plant C4, as an innocent, ever.
Who controls the past controls the future. Who controls the present controls the past.-George Orwell

Prestigious
Legacy
Hey, so I have decided I will not reduce or remove this ban due to the C4 being placed literally in the middle of the map, where it's easily going to be seen by a lot of people. Hopefully, these few days away will help remind you not to place c4's as an innocent especially where someone will disarm it as a 10 minute c4. You're still free to play on Vanilla though.

DM Virunas#0001 if you have any more questions.